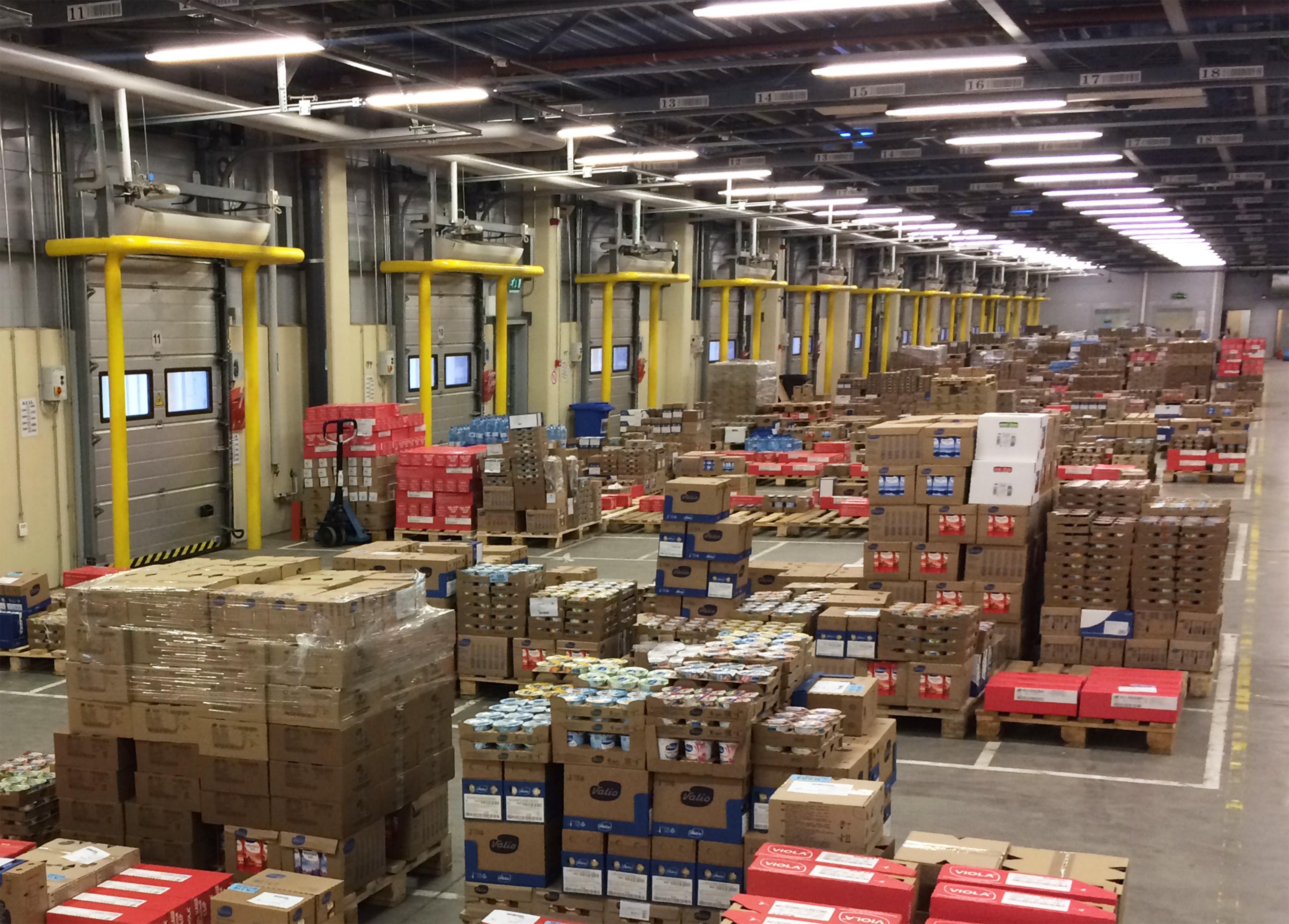 At the start of 2018, the production warehouse of Valio located in Moscow oblast successfully implemented and launched Solvo.WMS into operation, which is now running all internal processes at the facility.

The ready-made goods warehouse uses frontal wide-aisle racks for storing milk and dairy products, cheeses, juices, baby food, and water. It mainly uses carton picking. This is a refrigerated warehouse with a temperate range from +2 to + 6⁰С. Besides frontal racks, it also uses drive-in and aisle racks with radio-shuttles.

The raw materials zone has an area of 720 square meters and also maintains a special temperate range while mainly using pallet picking.

One of the main features of process automation at the Valio warehouse was the implementation of semi-automatic receiving. This technology includes the labelling of pallets during cargo formation with the EAN-128 barcode created in Solvo.WMS, and then when the goods arrives at the warehouse, it is received in sequence via scanning without the need to perform any additional actions for tracking goods.

The given label is printed at the production facility and, as a rule, has already been placed on the pallets when it is sent and received from suppliers. The EAN 128 barcode includes the SSCC code, which is used for the cargo name. 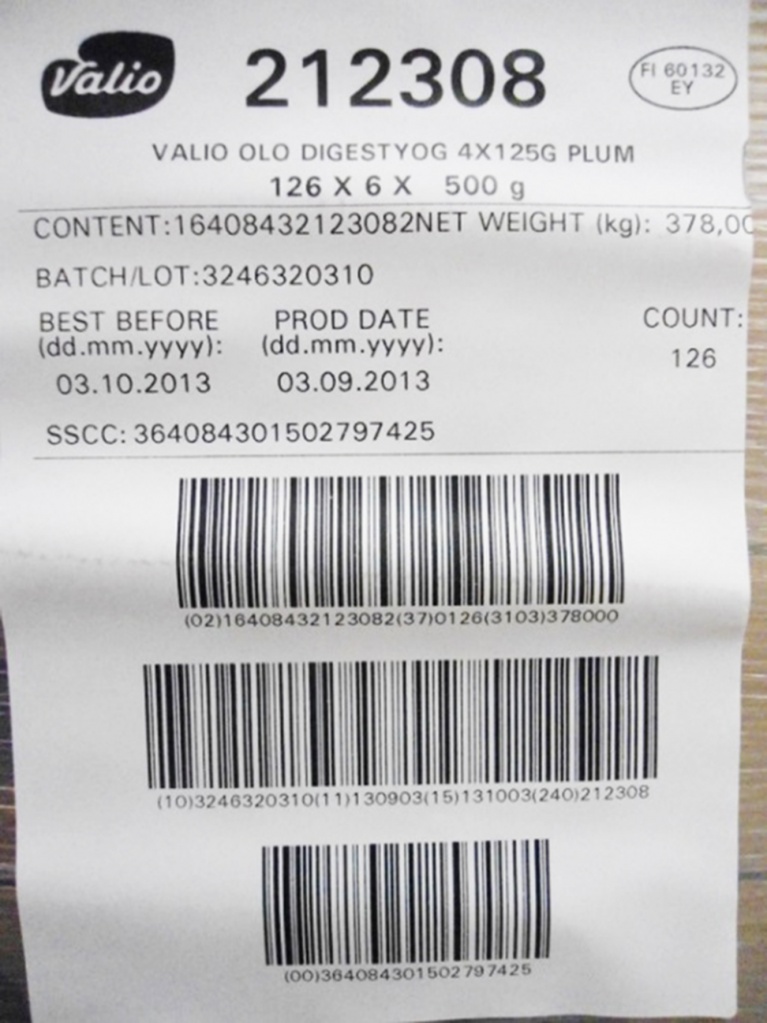 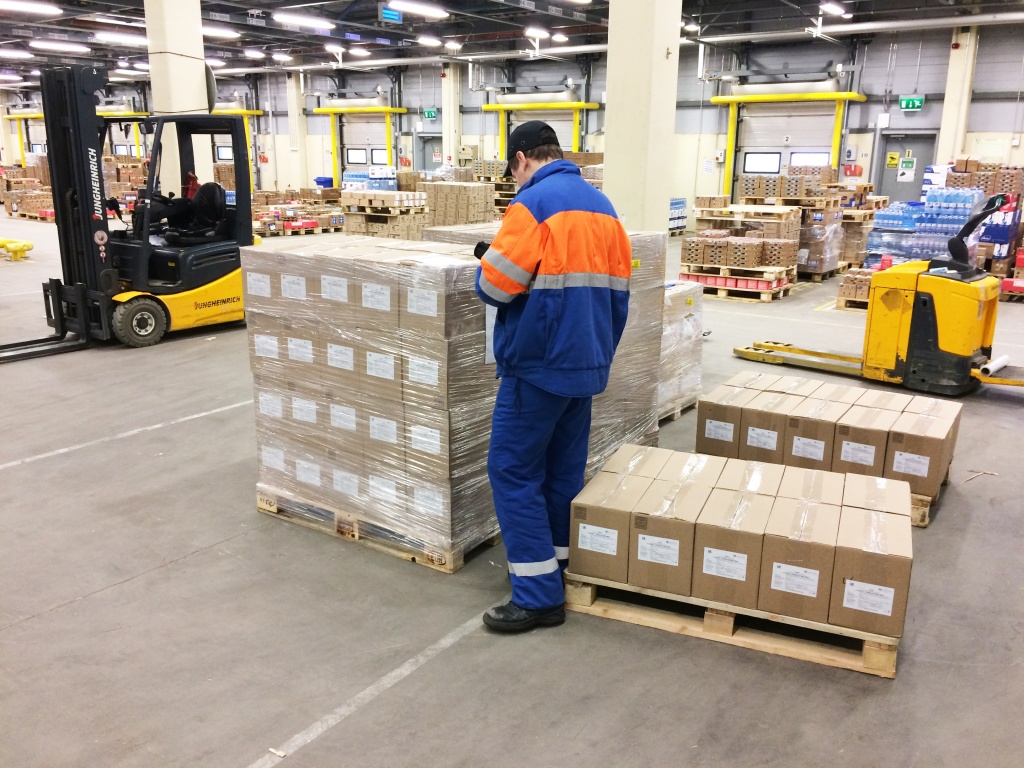 The Valio production warehouse uses cross-docking, where the system using pre-configured rules determines whether the recently received products should be moved to storage or sent to be shipped.

Using the classic cross-docking method, the receiver partially receives the lot, but does not enter it into the system, while the picker, responsible for specific orders, disassembles the received pallets in parts, and places them into the shipping location slots.

Besides classic cross-docking, pick-by-line or step-by-step cross-docking is also used, where the WMS notifies the receiving operator via the radio terminal interface on which goods and where they must be placed, for which orders, and then specifies the sequence for distributing and placing the goods into storage locations and the name of the container in the location. It is also important that all operations from receiving to distribution and placement into a picking location are performed by the same operator, who received the goods at the warehouse.

The Valio warehouse is equipped with refrigerated and freezing rooms, which is why it was important to configure automatic putaway rules in the system with consideration of the temperature modes. In addition, the system can consider the humidity, supplier, expiration date, sell by date, compatibility rules, and other parameters.

The system contains pre-configured rules for working with high-density storage systems, which are common for dairy production warehouses including drive-in racks, gravitational and shuttle racks, which are present at the Valio warehouse. In particular, Solvo.WMS takes into account specificities of putaway and release of pallets into Drive-In and Drive-through racks.

The warehouse uses preemptive picking zone replenishment for orders, which is called “static picking channels.” It is used for real-time order picking for cartons and units of specific goods. 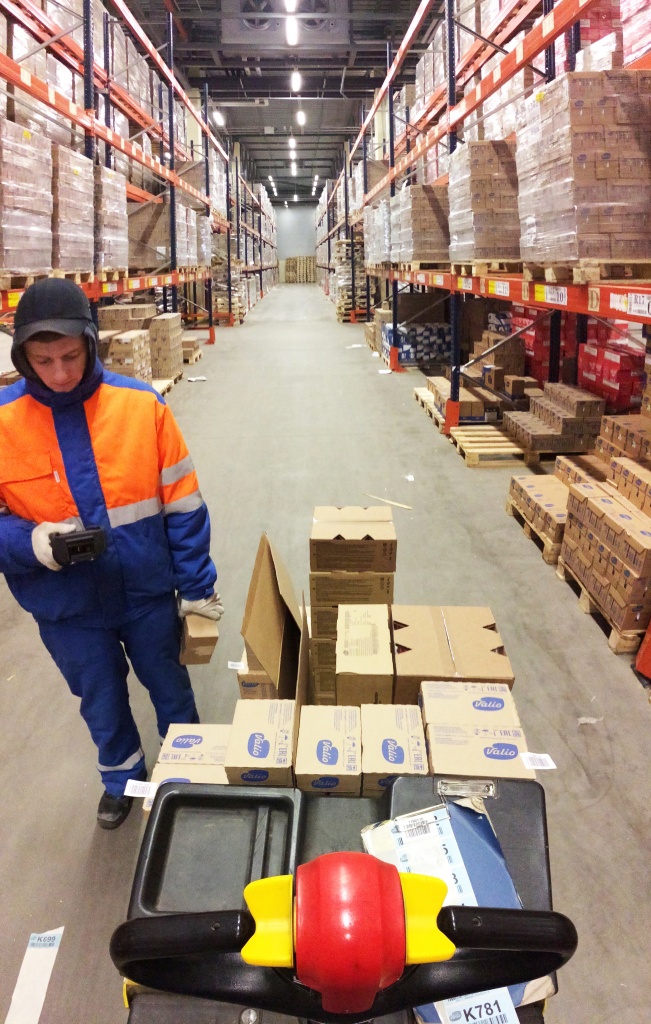 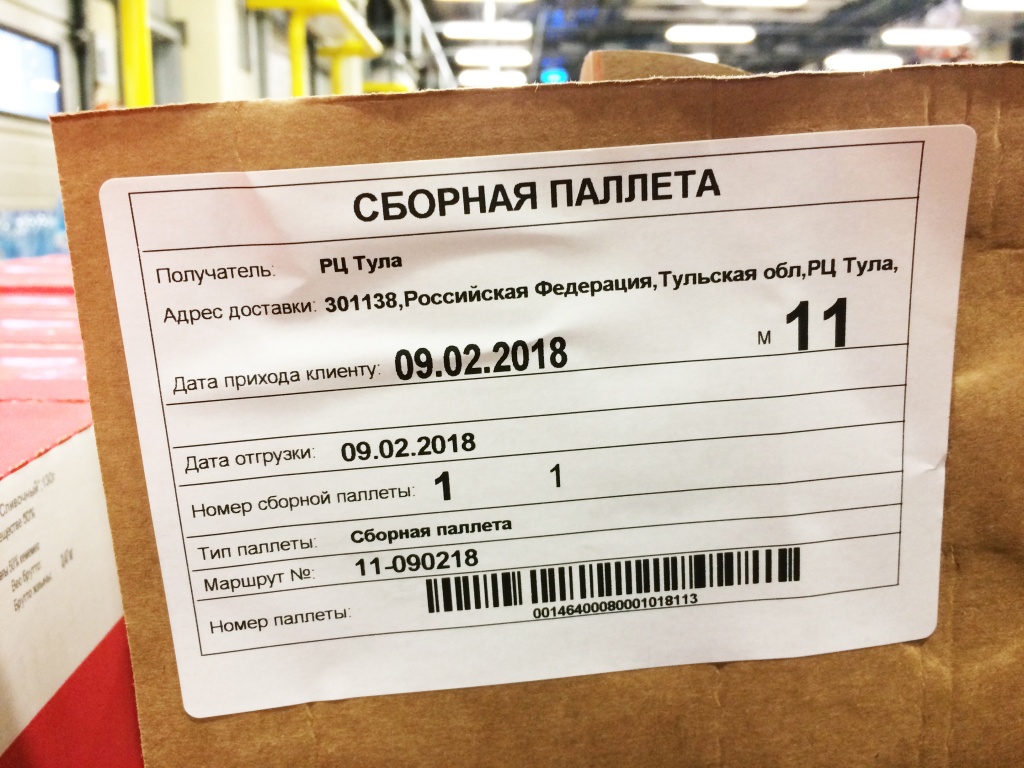 The warehouse uses Multi order picking technology to speed up the order picking of ready-made goods. It allows the picker to simultaneously pick several pick lists for various orders and grouped by region, which minimizes empty CHE runs and optimizes pick paths. Moreover, operators have the ability to receive mixed pallets with ready-made goods for shipping to regional retail centers without the need for additional sorting after picking is complete.

Solvo.WMS supports automatic consolidation of orders depending on the path around the truck delivery points, which means that everything that is transported by one truck goes into one order; also all orders for a specific client can be consolidated into one route.

One specialty of the given zone is the requirement for lot tracking because various deliveries of the same type of raw materials as well as the expiration dates must be differentiated for quality control.

When the raw materials are transferred from the warehouse to production, it is important to have the ability to “substitute” cargo and pick packages instead of several units etc. during planning and picking.

During project implementation, SOLVO played the part of not only the developer and vendor of the WMS system, but also the system integrator, supplier of network and auto-ID equipment: Intermec label printers and Datalogic Falcon X3 radio terminals, which can operate in below-zero temperatures and increased humidity.

“Thanks to the new warehouse management system we completely stopped using paper for order picking, and also significantly simplified receiving of ready-made goods at the warehouse. The new system enabled easy lot tracking as well as expiration date control for each product and for each specific client. Additionally, the system also tracks all operations for subsequent analysis of human resource productivity.”

Valio Ltd (Finnish: Valio Oy) is a Finnish manufacturer of dairy products and one of the largest companies in Finland. Valio's products include cheese, powdered ingredients, butter, yogurt and milk. It is Finland's largest milk processor, producing 85% of the country's milk.

Valio's net turnover in 2012 was 2 billion euros. Valio is the market leader in key dairy product categories in Finland and a pioneer as the developer of functional foods. Valio is owned by 18 dairy cooperatives which have about 7,900 milk farmers as members. Valio's product range currently consists of about 1,000 products. Valio is Finland’s biggest food exporter and sells products to nearly 60 countries. In 2015 Valio’s share of Finland’s dairy product exports was around 97%, and that of Finland’s food exports around 29%.

Valio has 15 production facilities in Finland, two in Estonia and a plant for producing processed cheese and a logistics centre in Moscow, Russia. Valio subsidiaries operate in Russia, Sweden, the Baltic, United States and China. International operations account for one third of Valio net turnover.