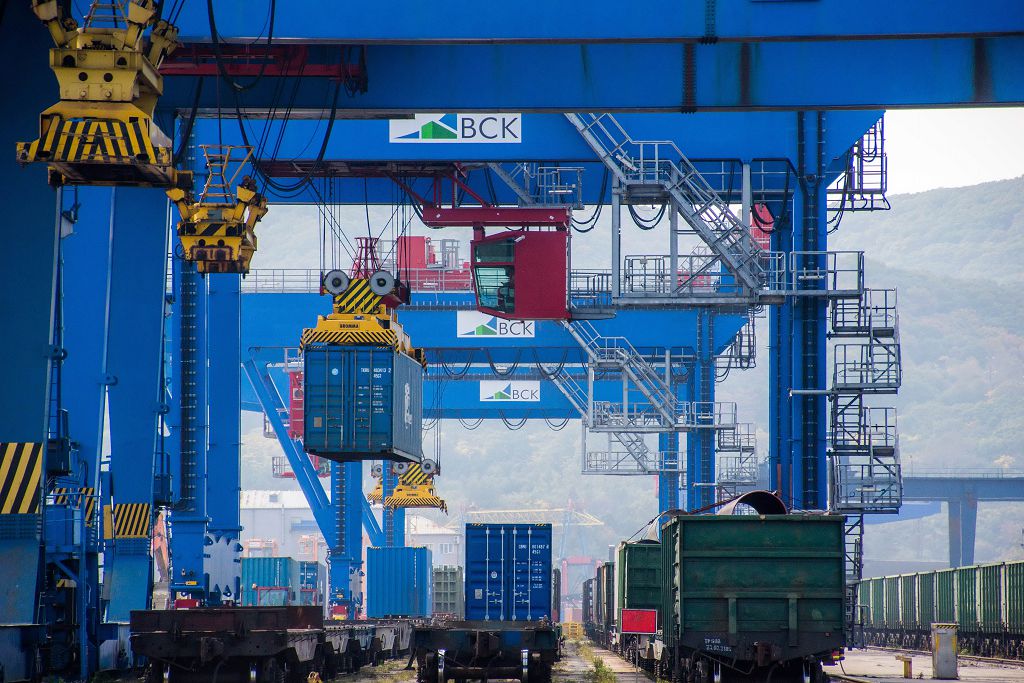 At the beginning of November 2021, workers at the Nakhodka-Vostochnaya port station on the Far Eastern Railway set a historical record for daily container loading – 451 wagons with container cargo (773 containers), which amounted to almost seven container trains. According to the Russian industry media "Gudok", the technical plan for loading at the station for November was overfulfilled twice. Most of the wagons on November 10, when the record was set, were sent from the terminals of SOLVO's client, Vostochnaya Stevedoring Company (VSC), the part of the Global Ports Group.

During the peak loading season, only one Vostochnaya Stevedoring Company on average ships off about 260 - 280 wagons per day. In other words, this is more than half of the above-mentioned total record volumes in Nakhodka-Vostochnaya. Several important factors influenced the increase in terminal productivity. The press office of Global Ports informs that in September 2021, VSС completed the expansion of the railway cargo front in the rear of the berths, built a new 434 m long freight track and purchased two new reach stackers with a carrying capacity of 45 tons each. As a result, the capacity of the railway front in this zone has doubled. Now the stevedore can process a train of 57 conditional cars in one rather than two feeds, and the average speed of processing container trains has increased by 40% – the unloading and loading of one train takes 12 hours. 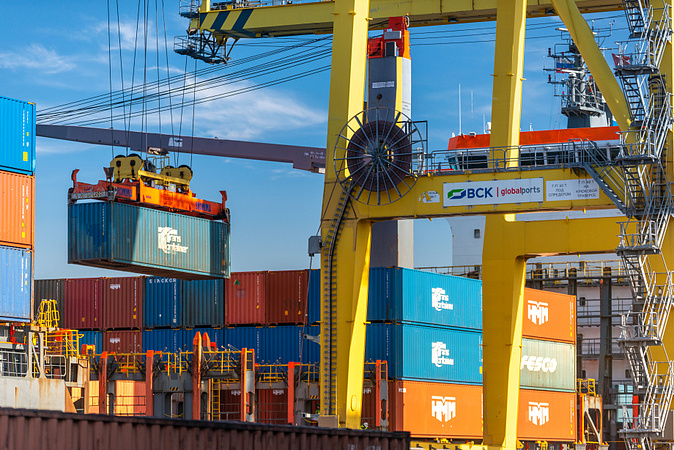 At the same time, the terminal was updating its own electronic document management system Conterra (developed by ROLIS, part of the GlobalPorts group), which added many innovations in terms of paperwork for the railway and truck fronts, and a new client web portal was also introduced in parallel.

An important investment in increasing productivity was the upgrade of the terminal management system. The transition from the previously installed Solvo.CTMS system at VSC to a more advanced version of Solvo.TOS 6.5 helped to increase the transparency and accountability of all logistics processes and e-flow, the speed and quality of planning cargo handling operations and other processes at the terminal.

It is worth saying that, that the management of Global Ports decided to increase the level of automation of the VSC based on the successful experience of using the Solvo.TOS system at its other terminals in St. Petersburg.

“Updating the IT architecture has become a necessary and important step in the context of the rapid growth of cargo traffic in the Far East. The transition to the new system required improvements and many changes in our usual work, but as a result, both we and our clients see an increase in transparency and step-by-step control in the processes of issuing electronic documents, as well as an increase in the efficiency of cargo handling. These tasks remain priorities for us, and we are determined to further increase productivity,” said Ilya Dolgiy, acting Managing Director of Vostochnaya Stevedoring Company.

Vostochnaya Stevedoring Company has been using SOLVO IT solutions for more than 10 years, periodically upgrading and updating the installed functionality. The terminal specializes in the transshipment of containers, general cargo and vehicles operating on the territory of the Vostochny Port (Vrangel Peninsula, Nakhodka). About 90% of the shipment of containers at the VSC terminal is carried out by rail. This specificity and other individual wishes of the client were taken into account when updating the system functionality.

Previously, VSC had its own electronic - document management system Conterra, so the company needed mainly the operational part from TOS. These are such functions as planning and managing work on the ship, railway and automobile fronts, in the warehouse area.

As the terminal's workload started to increase, the terminal's management needed to improve the electronic document management system and integrate it more closely with TOS, as well as strengthen control over each operation in order to better manage processes and reduce the number of errors related to the human factor when working with documents.


Documents and additional services: transparency and accountability in every process 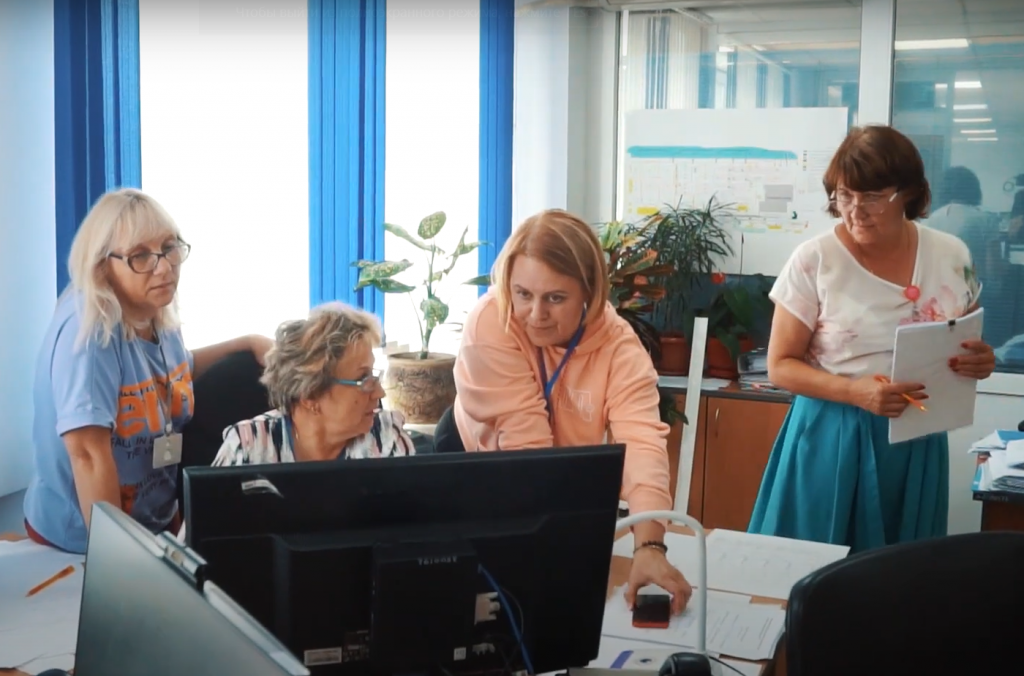 The updated Solvo.TOS VSС system has taken under automated control not only the verification of all operations at the terminal for planning, the movement of containers and equipment, but also the data received through the electronic document management system, as well as operations for the provision of universal services. Every process has become transparent and accountable. “Each container has its own “profile” in the system, to which information about all related documents is loaded. Each shipped out container is checked: are all the necessary documents drawn up and agreed upon? The container will not leave the territory of the terminal if something is wrong with the documents. For example, if a container needs to be repaired and was not repaired, if the dangerous goods were not marked, Solvo.TOS will not allow further operations with it. Moreover, the system is integrated with the customer service and reports if the consignor has made a mistake in filling out the form for sending the cargo: he has indicated the wrong dimensions or container number. All verified data is sent to the corporate electronic document management system, which interacts with other companies and regulatory authorities. The same control is carried out for documents arriving at the terminal through this system,” says a representative of the SOLVO project group at VSС.


Order when interacting with other participants in the supply chain

Control in the direction of work with railway directories has switched from manual to automatic mode. The directories contain information about stations, platforms, specifications and requirements for loading and unloading operations. In accordance with these data, on the basis of the system, rules were created for the implementation and control of each operation on the railway front.

“Separate rules are created in the system and for each group of clients: sea line, freight forwarder, carrier. The system issues permissions that allow or prohibit making changes to a particular document, confirmations for the dispatch of a particular cargo, subject to a number of conditions related to the availability of all necessary documents and data. All processes have become clearer and more transparent, at the completion of a certain stage of the logistics process at the terminal, the IT system sends a message to the participant, a report on the operation performed,” says Galina Galtsova, Head of the Global Ports Customer Relations and Services Department.

A similar procedure has been established on all other fronts of the terminal. 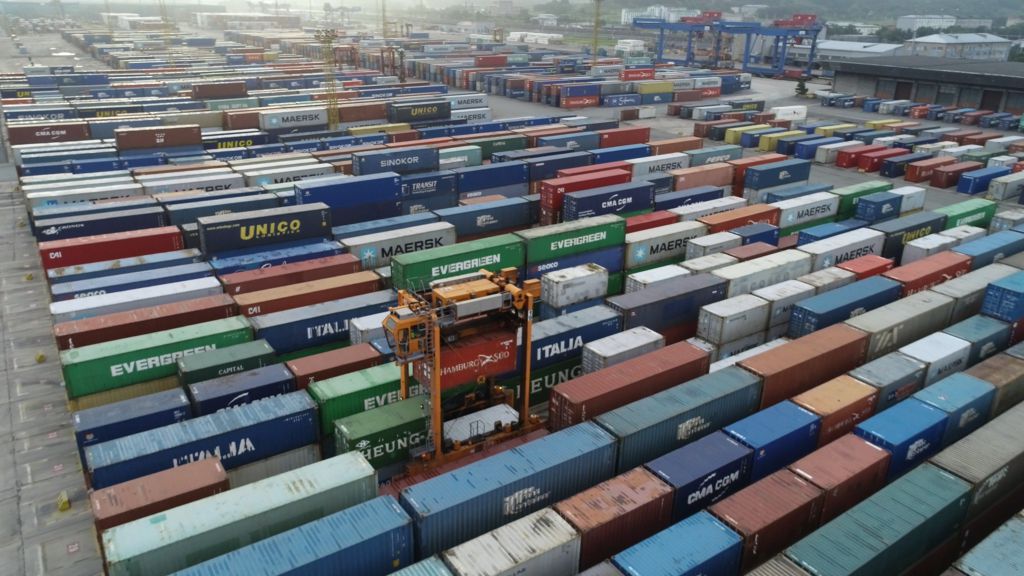 Extended functionality for working with the placement and search of containers in the warehouse area, as well as for equipment working at the terminal, has been added to the positioning and placement rules that already existed in the previous version of the SOLVO system. Warehouse display zone reports have become more detailed.

So, there a function to check the correct placement of containers on the platforms has appeared, considering their weight and automatic configuration of placing on the platform. Planning time has been reduced by more than three times. For example, if earlier the planning of loading of 50 cars was carried out in a semi-manual mode and lasted about 1.5 - 2 hours, now everything is done at the touch of a button in 15 - 30 minutes.

“Now we are working to achieve error-free automatic planning of container block-trains in one direction by 98-99%. These numbers are our target,” says Ilya Dolgiy.

It should be noted that the terminal handles about 99% of such container block-trains departing through Russia to the countries of near and far abroad.


More transparency in operations and comfort for staff 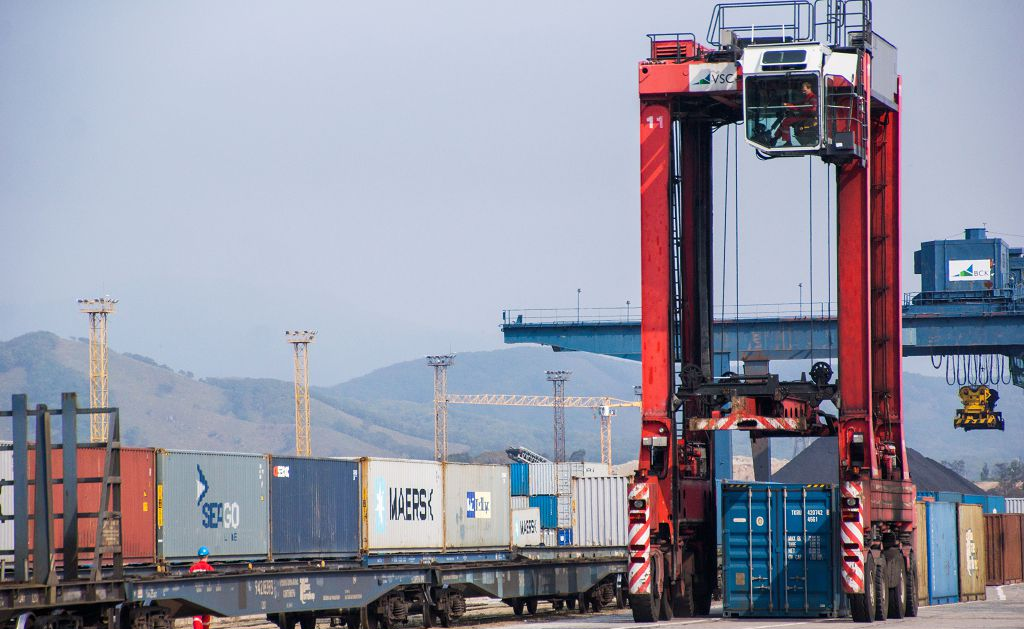 Transparent accounting for the movement of equipment and operations with containers has been added on the sea front. At each stage, control and verification of all actions are carried out as well as on the railway front.

Now the drivers of vehicles get more information being useful for work due to the expansion of functionality in radio terminals. The work of the terminal staff in the new TOS has become easier and more comfortable.

Solvo.TOS helps to increase container train loading volumes in the Russian Far East
At the beginning of November 2021, workers at the Nakhodka-Vostochnaya port station on the Far Eastern Railway set a historical record for daily container loading – 451 wagons with container cargo…

Radio data terminals: how to save on operation and automate accounting?
Radio data terminals (RDT) at a warehouse or cargo terminal are a kind of bridge for human interaction with WMS or TOS. Much has been said today about the role they play. But it is also important to…

Unified ecosystem: a new stage in the digital evolution of ports and terminals
Requirements for speed and quality of services in logistics have been steadily increasing over the past few years. Ports and terminals are no exception. Participants in the global supply chain…

SOLVO team wishes you Merry Christmas and Happy New Year!
Dear friends!  We hope your dreams come true this Christmas! And we also wish that the upcoming 2022 will give you the highest metrics of health growth, progress in every new initiative and…

Planning. Assessment. Forecasting: Solvo.TOS algorithms for economy
The Solvo.TOS automation system helps the company to reduce the operating costs of the container terminal by 15 – 20%. This is achieved using smart algorithms to optimize the storage and movement of…