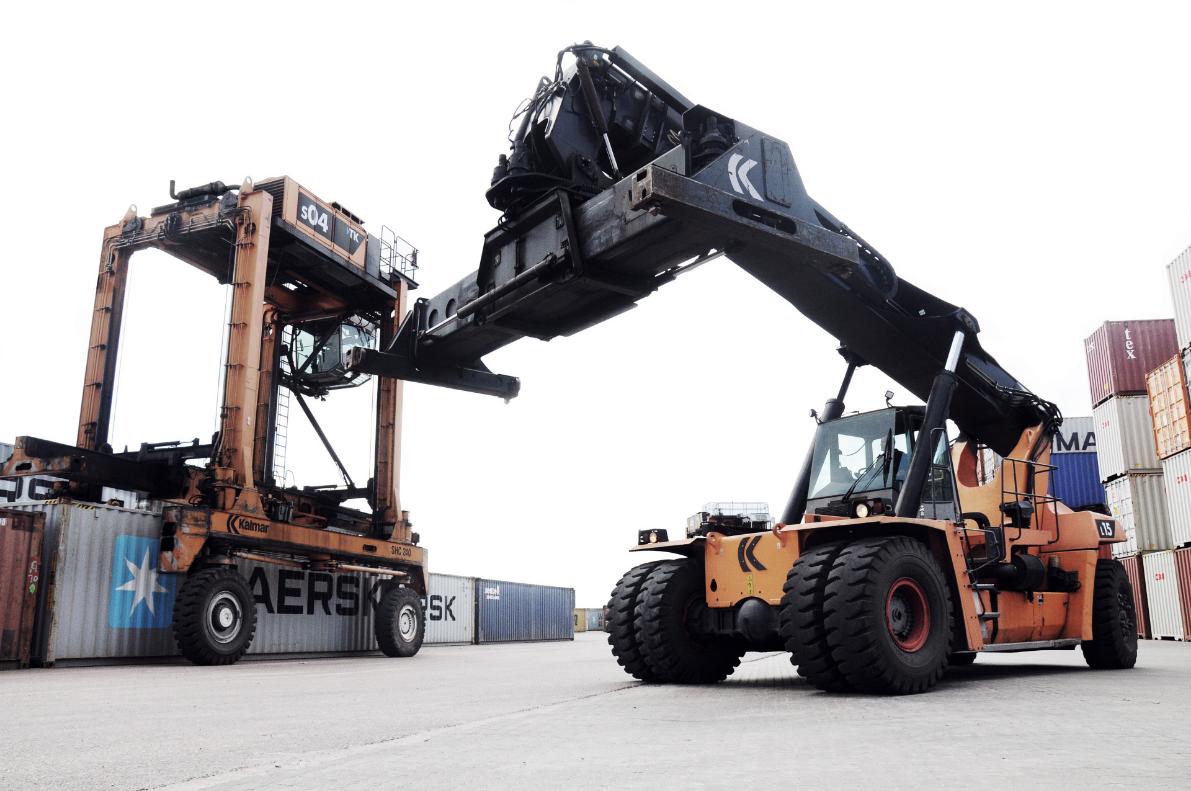 The relationship between SOLVO and Hamburger Hafen und Logistik AG (HHLA) – a German logistics and transport company that manages three container terminals in the port of Hamburg: Altenwerder, Burchardkai, and Tollerort – began in 2016 when HHLA daughter company, Hamburg Port Consulting GmbH (HPC), became a strategic partner of SOLVO during the implementation of Solvo.TOS at the port of Hammad (NPP) in Doha, Qatar, a project commissioned by Mwani and IBM Qatar.

In the beginning of November 2018, the official distributor of SOLVO in Europe, Solvo Europe B.V., signed an agreement to implement Solvo.TOS at the Muuga container terminal with HHLA Estonia AS, part of the HHLA group.

The Muuga container terminal launched Solvo.CTMS in 2005, which included a management system for the container yard, real-time data exchange using mobile radio terminals based on the wireless 802.11 standard.

In 2009, another stage of Solvo.CTMS system development was completed at AS Muuga CT. In accordance with the agreement between the companies, the system was updated with a new visual graphic terminal topology viewer and editor module and new dispatcher interfaces.

In July 2018, Hamburg Hafen und Logistik AG (HHLA) established full control of Transiidikeskuse AS and then signed an agreement with Solvo Europe B.V. to modernize the IT system at the Muuga terminal, namely: upgrading Solvo.CTMS to the newest version Solvo.TOS 6.x.

One of the main reasons for the upgrade was the increase in cargo turnover to 600,000 TEU and the need to scale up the document flow management system, which was previously handled by a third-party system, as well as to improve control of other work processes.

The new system will make it possible to process stakeholder requests, including shipping lines, customs agencies and forwarders, in a single database. This way, operations can be easily managed across all terminal work fronts including sea, road, rail, and inland.

Thanks to the new Solvo.TOS architecture and the new putaway module for the container yard with visual terminal topology and interactive features, system operators can instantly determine the location of a container or a group of containers, monitor the current state of storage zones, stack occupancy, determined the precise position of cargo units with their numbers, and move machinery in real-time.

These new capabilities will help reduce and even eliminate cargo handling errors, predict possible issues, provide better control over operators and machinery, and increase transparency of the entire chain of operations.

One of the most important requirements for the new system is the ability to automate planning of rail operations. Namely, the need to automatically schedule container trains as well as load handling operations.

Meanwhile, the system must also be able to check whether containers are correctly placed onto flat cars in accordance with various conditions. It will make it possible to automatically select rail cars for train loading, and graphically display the train layout during loading/unloading operations in real-time. All of these capabilities enable the customer to save time and prevent any errors.

With relation to CHE operations, the new system minimizes empty runs and the number of unproductive moves (rehandles). This is achieved in part by automatic machinery task assignment in accordance with priorities, route planning that takes into account various factors, job synchronization, and algorithms that determine the most optimal job sequence, alongside other system functions.

Indeed, the optimization of operations involving terminal tractor, semi-trailer as well as straddle carriers are a key focus of the new project.

Finally, the Solvo.KPI application (Solvo.TOS add-on) will be implemented to enhance control over terminal operations and decision-making. This feature will introduce tools for displaying key performance indicators that will dynamically adjust depending on operational performance during a given time period.

The Solvo.TOS implementation project is expected to be completed and launched into commercial operation by the end of 2019.