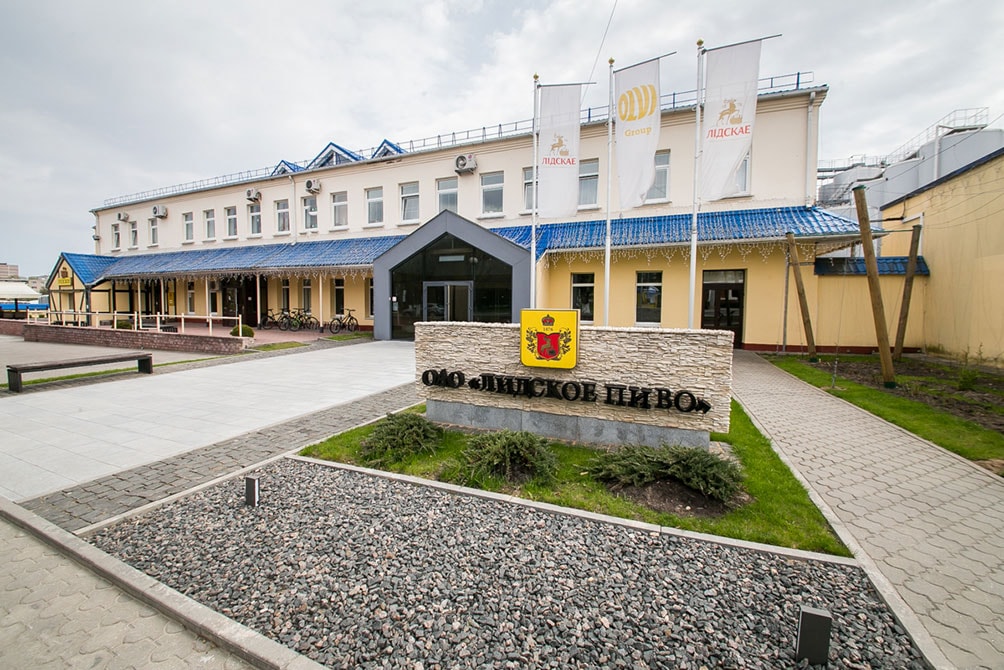 Solvo.WMS, a state of the art warehouse management system, was successfully implemented at a warehouse of one of the leading beer brewers in Belarus – Lidskoe Pivo. The project was fully rolled out by SOLVO experts at the beginning of 2019.

In December 2008, Lidskoe Pivo became part of the Finnish Olvi group, which currently controls a 95.87% company stake. The group includes such beer brands as A. Le Coq from Estonia, Cesu Alus from Latvia, Volfas Engelman from Lithuania, Helsinki Distilling Company, Servaali Oy and Olvi from Finland. Based on 2017 results, Lidskoe Pivo became on of the leading Belarusian producers of beer and set a new record based on the number of new products among large producers.

The ready-made goods warehouse of Lidskoe Pivo is located in the city of Lida with a total area of 8,000 square meters. Product assortment stored at the warehouse includes beer and non-alcoholic beverages with around 500 SKUs in total.

Storage methods include: rack, stack and floor. The warehouse also has a zone for carton picking.

The main objectives for the WMS system set by the Customer included:

·         Precise tracking of cargo within the warehouse;

SOLVO was chosen be the brewer among the dozens of other WMS solutions on the market since it already boasted all the necessary features for managing a production warehouse, in particular. Moreover SOLVO’s extensive track record working with brewery warehouses made the choice obvious for Lidskoe Pivo.

After system implementation and configuration, personnel training, as well as zoning and marking of all goods, the warehouse was ready to operate on a new level. All zones (receiving, stacks, rack storage, carton picking and shipping) and main processes were automated at the warehouse: receipt, transfer in accordance with ABC analysis, shipping, inventory. 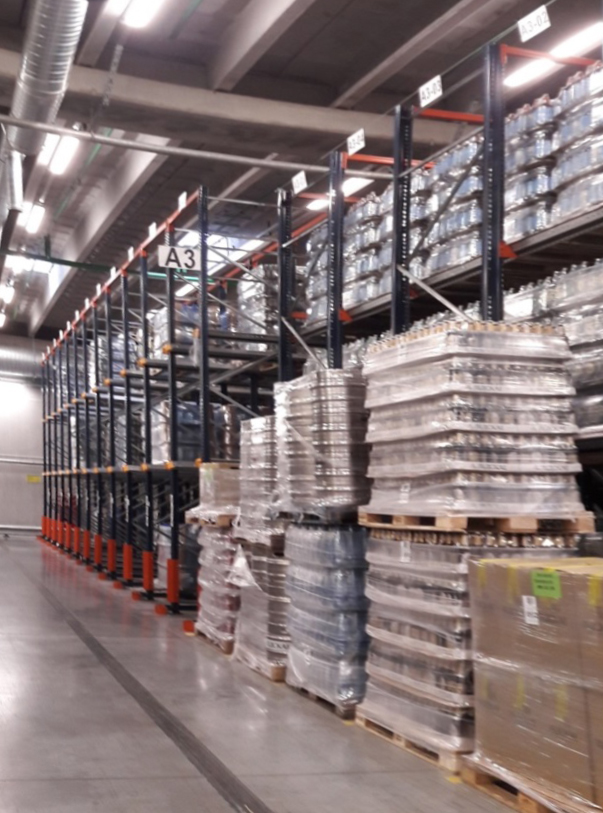 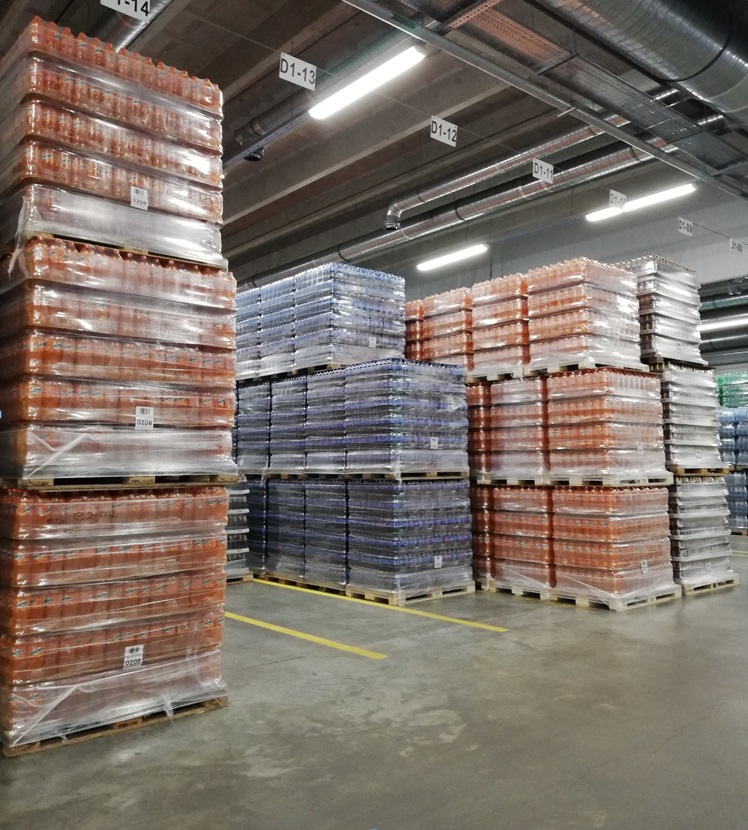 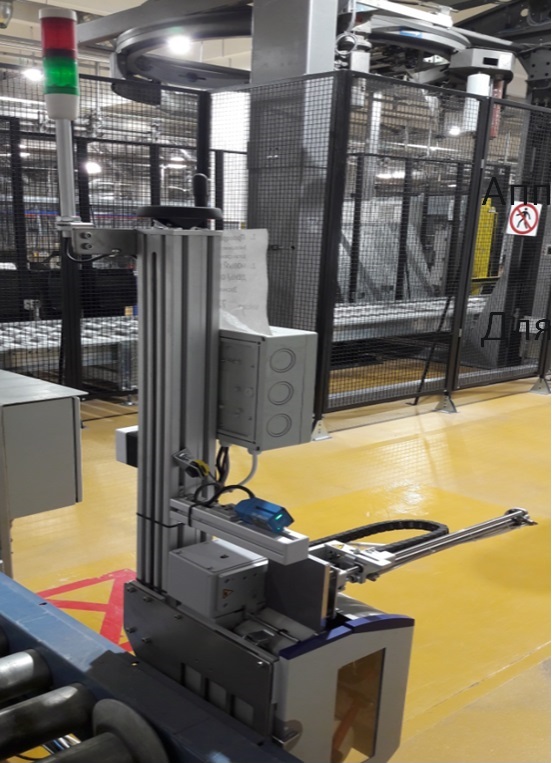 Now, the warehouse has added the following capabilities:

Next, the packaged pallets move to the warehouse on a conveyor line. While in transit, special sensors automatically record the passing of the pallets and send the information to Solvo.WMS where a new load is recorded.

Solvo.WMS sends the load data to the applicator, which create a corresponding load label with a bar code and places it on the passing pallet. In the receiving zone, the forklift driver uses the bar code scanner to record the arrival of the pallet at the warehouse and Solvo.WMS automatically creates a task to put away the new pallet at the warehouse in accordance with putaway rules and strategies.

This technology makes it possible to create loads in the system automatically without human input, which allows to:

·         Full trace-ability of each load at each step: from receiving at the warehouse to the store shelf including by carton tracking;

Order planning for shipping is carried out based on batch analysis. Orders of specific type are planned automatically right after data is received from the ERP.

Automatic planning of loading jobs: Solvo.WMS finds the optimal location for putaway based on lot ABC class compatibility, number of loads to be received. The manager (warehouseman) launched the order into operation specifying the dock name. The order is planned in accordance with M3 (ERP) lots. The forklift driver registers at the dock, sees the request on his terminal. Solvo.WMS shows from which location and how many goods must be delivered to the dock. Next, the driver can choose in what order to place the loads onto the truck.

The forklift driver is issued jobs to replenish zones (commissioning) for the required lots based on the rate of picking in the carton picking zone. 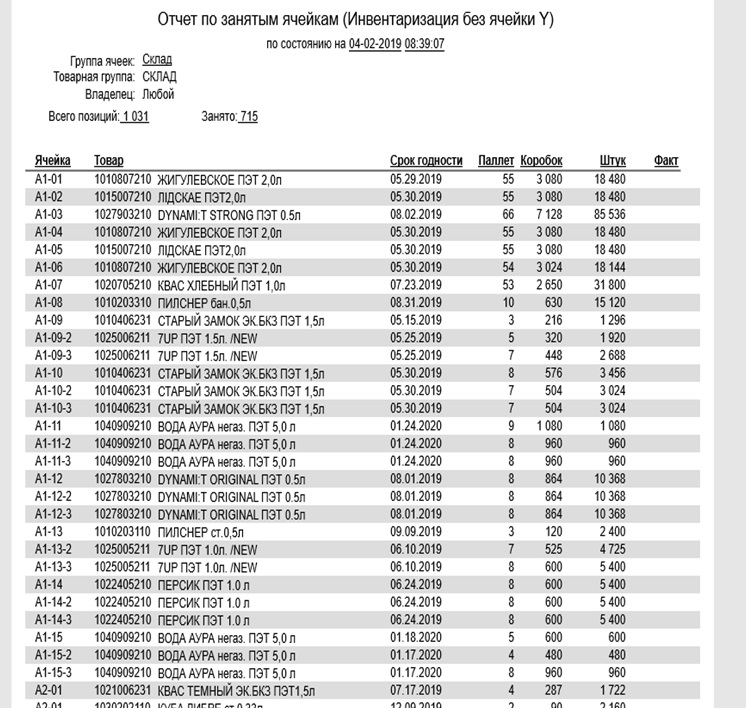 Thanks to Solvo.WMS, it is now possible to create the following types of reports:

4. Goods location at the warehouse report;