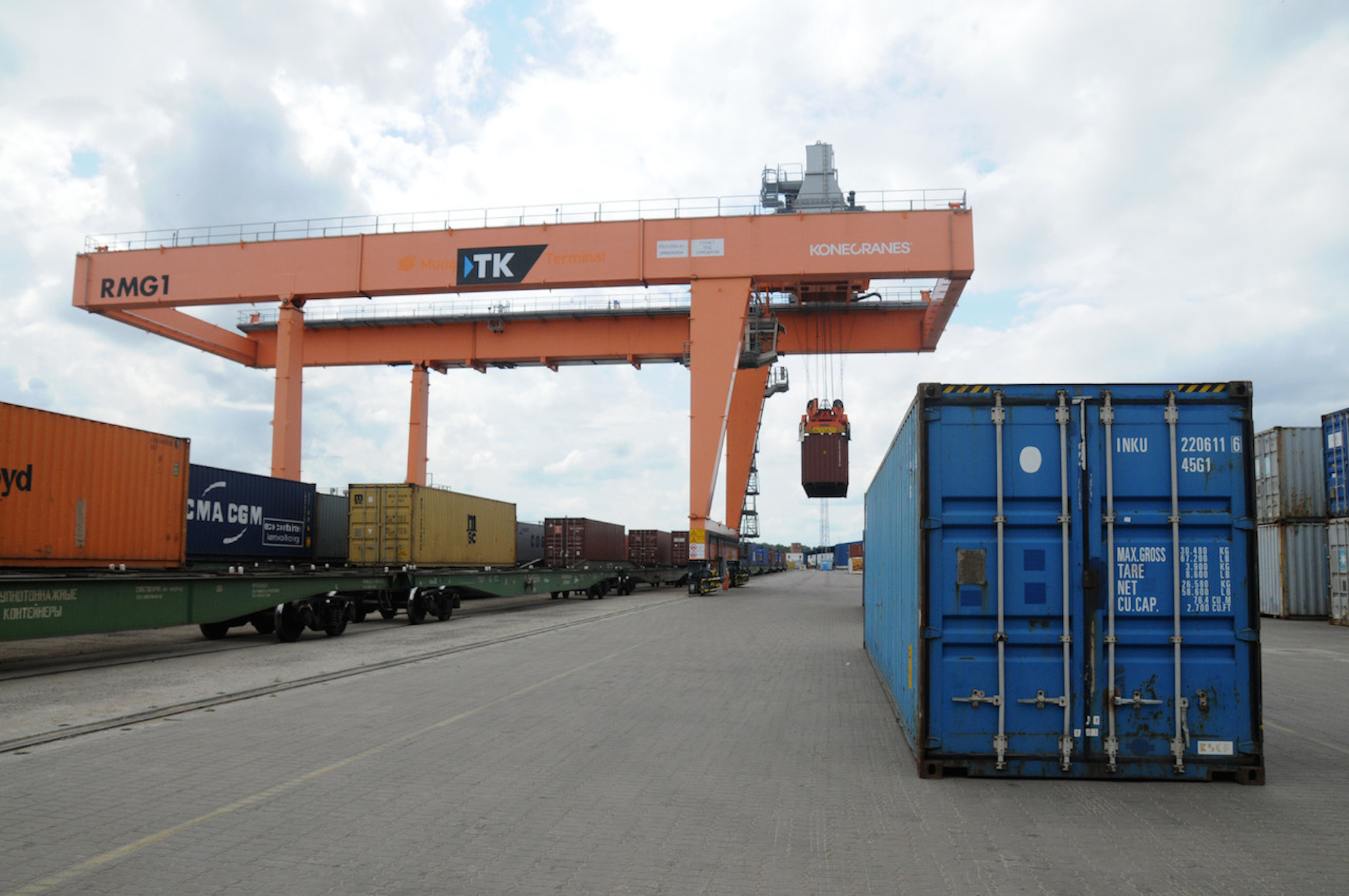 In August 2019 at the container terminal of the German logistics company Hamburger Hafenund Logistik AG - HHLA TK Estonia AS in the Estonian port of Muuga the new version of the Solvo.TOS 6.4 was launched. The project took only 10 months to complete.
The main objectives of the project were to optimize the operation of the container part of the terminal by replacing the outdated Solvo.CTMS system with a new generation TOS of the same vendor.

Solvo.TOS Maritime Container Terminal - is a comprehensive terminal operating system developed by SOLVO and built on the new Solvo.TOS 6.x platform. It covers the processes of reception, storage, processing and shipment of containers, CFS and container weighing, planning and processing of ship, truck and railway fronts, automated equipment control and routing, housekeeping optimization, KPI reporting and much more.

“We wanted to modernize the existing system in order to get the modern standard functionality of the terminal management system, as well as introduce additional functionality such as yard visualization and layout editor, vessel stowage planning to significantly improve existing production processes,- said the Head of IT and Development Group of HHLA TK Estonia AS Stanislav Koval. – In addition, this modernization allowed the introduction of a high-tech module for block train stowage planning and railway operations management. Part of Solvo.TOS adaptation to the terminal’s needs was the use of JMS exchange in XML format for integration with other systems. ”


The main services provided by the HHLA TK Estonia AS terminal: 1) handling of container ships and vessels of the RO-RO and LO-LO type; 2) handling of general and bulk cargo; 3) storage of goods in open and covered warehouses both in the free customs zone and beyond; 4) connecting reefer containers to the power grid and temperature monitoring; 5) loading / unloading of heavy and oversized cargo; 6) the ability to complete trailers and containers with mixed cargo.

The main characteristics of the container terminal


The terminal area is 55.94 ha. Storage area for ref containers with the ability to simultaneously connect up to 404 containers to the power grid.
Two railway loading points at the terminal with the possibility of simultaneous processing of two container block trains - a total of 150 container platforms. Four berths with a total length of 1096 meters and a depth of 12.5-14.5 meters.


The new functionality of Solvo.TOS 6.4 brought the terminal operations to a whole new level. Yard bird-eye viewer and visualized terminal topology editor with interactive capabilities simplifies the work of yard planners and dispatchers. A new version of the ship stowage planning module for unloading / loading containers with automatic and semi-automatic planning modes, an integrated processor for EDI messages, a 3D vessel layout and genetic synchronization algorithms for crane sequencing allows much faster and accurate vessel planning.

A new version of rail planning and processing introduced at the terminal allows easy scheduling of block trains inside the TOS without having to use external software, take full control of loading and unloading operations using various modes for stowage planning of train cars including a fully-automated mode. For example, in the planning mode the system automatically picks adn distributes all containers for loading throughout the block train according to hundreds of technical requirements and regulations of the state railway code, assigns the best-fit CHE and operators for the job and visualizes the progress of train car loading / unloading in real time.

The system automatically assigns equipment for the job in accordance with such parameters as job urgency categories, distance to target area then analyzes the available data about the road network of the terminal, CHE average speed and capacity and builds the optimal route for a CHE. Among the important additions to the system were also an empty container depot module (ECD) and an automated STS crane operator’s workstation.

As part of the terminal management system upgrade project, Solvo.TOS was integrated with various external systems, including the Terminal Community System, combining all the ports and terminals of the HHLA group in Europe, as well as with the terminal's ERP system via the EDBic integration platform from SOLVO's technology partner – Compacer.

As a result of the implementation of the new Solvo.TOS 6.4 system at the HHLA TK Estonia AS container terminal in the Estonian port of Muuga, there has been a noticeable increase in the terminal's operational efficiency:

Terminal officials confirmed, that the use of the latest hardware and software recently introduced at the terminal, allows to provide stable processing of ships bringing vessel handling speed to a rate of 90 container units per hour; reduce truck turn-around time to an average of 25 minutes/per truck.