How SOLVO technologies help in the development of smart ports? 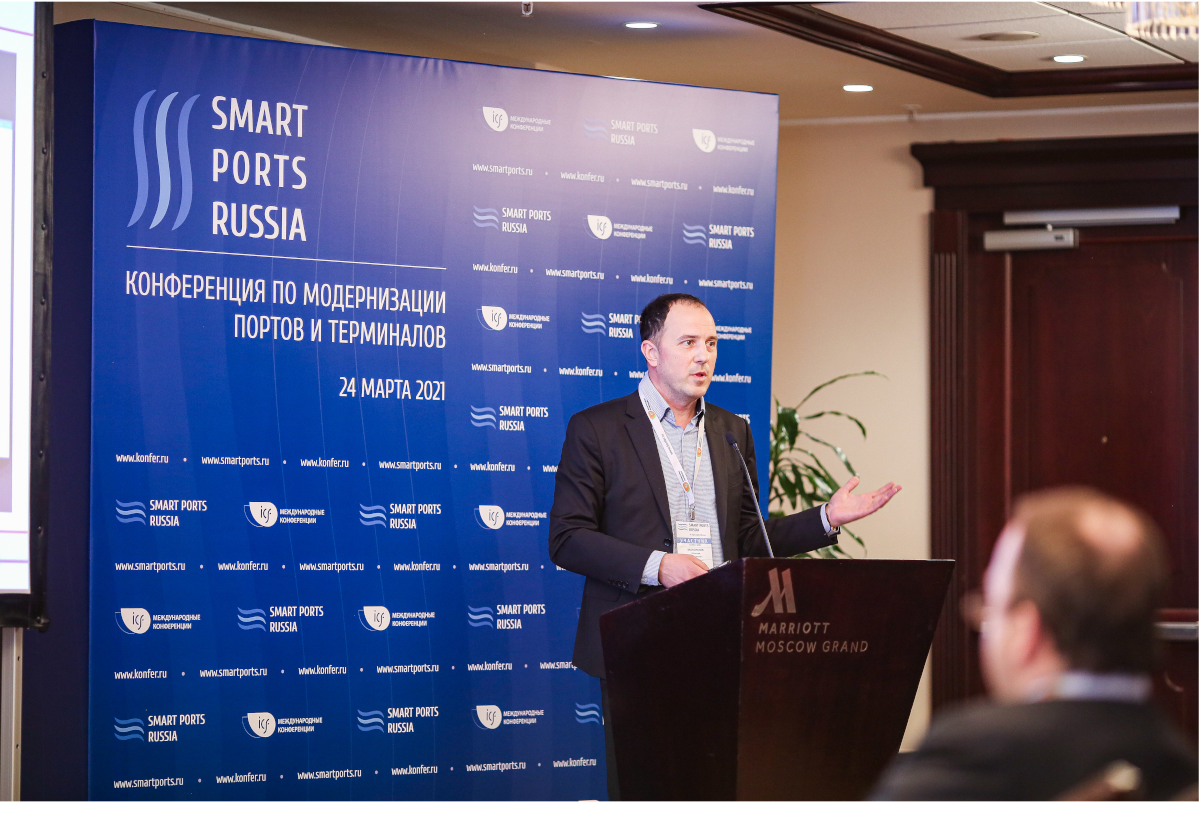 CEOs, managers, owners of major ports in Europe and Asia discussed the “Port 4.0” concept at the Smart Ports conference in Moscow on March 24. Cargo owners, carriers and logisticians also took part in the discussion. The participants talked about the problems and prospects of port digitalization. And, of course, it was important to hear the opinion of IT experts, whose technological solutions affect the development and transformation of the industry. For example, SOLVO expert spoke about how to make modern ports and container terminals more efficient and integrate into a single digital environment. 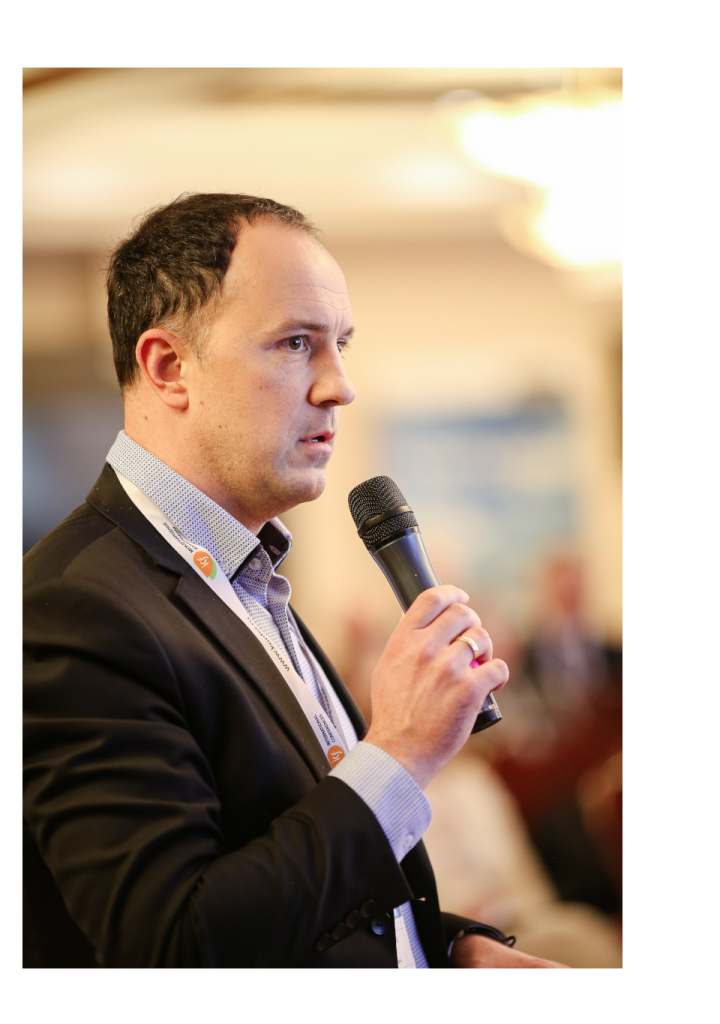 Maxim Maksimov, Commercial Director of SOLVO, spoke about the company's international experience in implementing TOS at multi-functional terminals in Europe, Asia and Africa.

The SOLVO expert showed on the cases of Antwerp Euro Terminal (Belgium), Port Aktau (Kazakhstan) and Sogester (Angola) how the Solvo.TOS helps to reduce the operating costs of the cargo terminal by 5 - 35%, as well as improve customer service.

Antwerp Euro Terminal (AET) is specialized in handling different types of cargo, as container, Ro-Ro, general cargo: the terminal is located in the western part of the Port of Antwerp with an area of 1.5 million square meters. The length of the berths comprises 2.1 kilometers; rail tracks comprise 5 kilometers. On annual basis the terminal processes 540 ocean vessels and over 1000 inland barges. Terminal equipment consists of 2 portal STS cranes, 2 mobile cranes, reach stackers, empty handlers, forklifts (up to 42 Tons), terminal tractors, and semi-trailers. The Solvo.TOS system united and took control of all this complex infrastructure. Also Solvo.TOS now integrates into efficient automated ecosystem all accounting systems, ERP and so on previously installed on the terminal.

The SOLVO team carefully thought out how to work with each direction of the container terminal, some solutions were made individually for the specifics of AET. For example, one of the features of the AET terminal complex is the storage of dangerous goods at various sites throughout the terminal. For example, this is the optimization of the storage of dangerous cargo at various sites throughout the AET terminal complex. Dangerous cargo placement strategies have been added to Solvo.TOS especially for this case. The system automatically generates tasks for equipment operators to place or move such cargo.You can find more details about this case at the link.

Also, Maxim Maximov gave an example of automation of the Port of Aktau. It’s a multi-purpose, intermodal terminal with many prospects and capabilities. The port is open to vessels year-round. The port upgraded its loading equipment to handle all types of general and bulk cargo, containers and rolling cargo. It also includes a ferry complex, where rolling cargo is processed along with rail cars. A large territory (more than 50,000 m2 of outdoor and a 6,000 m2 covered transit warehouse) and a container yard provide for secure storage of cargo including heavyweight loads.

Maxim told in detail how the Solvo.TOS system optimized the operation of the terminal with each type of cargo, controls the compliance of the cargo with all the necessary technical requirements for the transportation, loading and unloading of such cargo before their immediate operational processing.

The conference participants also learned about the current SOLVO project to automate Sogester's cargo terminals. Sogester – Sociedade Gestora de Terminais S.A. is a joint venture between APM Terminals and the Gestor de Fundos of Angola. In this case, the task of Solvo.TOS was to connect several remote ports and terminals in a single information system.

As a pilot terminal in the city of Namibe has already been automated.  Now the SOLVO team continues to implement Solvo.TOS at the container terminal in Luanda. Two more Sogester terminals await automation queues. In the future, this will help Sogester to handle any volume of freight traffic more efficiently. Read more about this case here.